Opening of the exhibition “Famous Bulgarians in support of the Polish Cause”, together with the Polish Institute in Sofia

The exhibition is in connection with the two anniversaries we celebrate in 2018: 100 years since the restoration of Poland’s independence and the 140th anniversary of the liberation of Bulgaria.

The exhibition was prepared by the Scientific Archive of the Bulgarian Academy of Sciences for 100 years since the publication of the “Bulgarian poll on the Polish question”. About 100 years ago, 32 Bulgarian politicians and intellectuals engaged in public activities in favor of the restoration of an independent Poland by answering questions from Tadeusz St. Grabowski, founder of the Polish Printing Office in Sofia, initiator of the Poll (1915), and by the end of 1918 – the first ambassador of the Polish Republic in Sofia. The exhibition details the Bulgarian participants in the poll, including many politicians, university lecturers and writers. Among them are 8 professional politicians, incl. 6-has former and current ministers (Dr. Vassil Radoslavov and IE Geshov), 10 scientists, university lecturers, members of the Academy of Sciences (Boyan Penev and Stilian Chilingirov), writers and poets (Ivan Vazov and Mara Belcheva). The exhibition includes reproductions of historical documents. They were used in the Polish-Bulgarian edition of the poll, initiated in 2011 by the postgraduate professor Magda Karabelova. 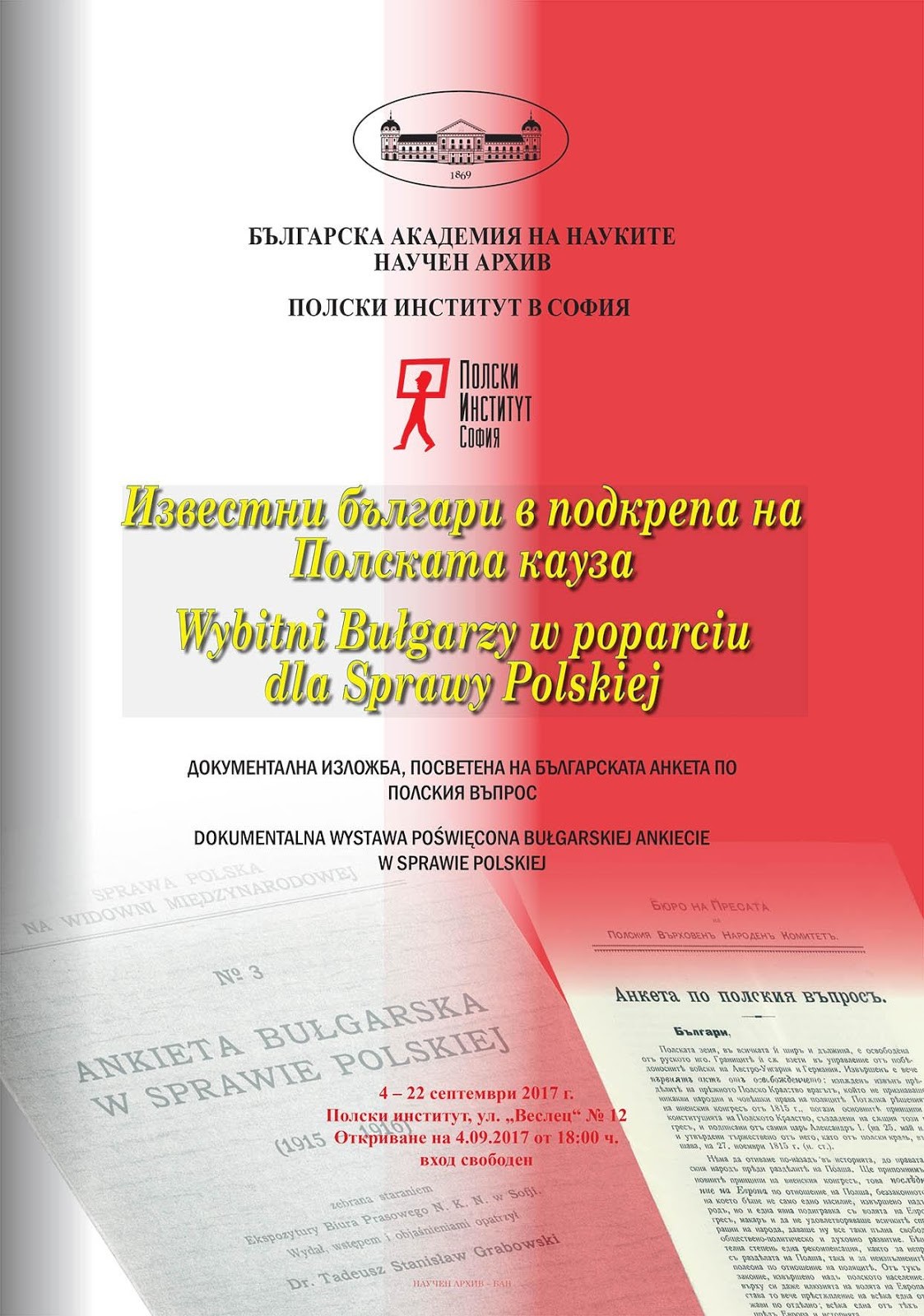 Presentation of the collection of poems of the Polish author Eugeniusz Tkaczyszyn – Dycki – “This body could have been mine. 83 chosen poems” (Emas Publishing House, Sofia, 2017, selection, translation from Polish language and order: Panayot Karagyozov). The book and the author will be presented by prof. Margreta Grigorova from St. Cyril and St. Methodius University of Veliko Turnovo.

Eugeniusz Tkaczyszyn – Dycki (1962) is one of the most noticeable polish authors, who debuted after 1989. He was born in Wólka Krowicka near Lubaczów on the Polish-Ukrainian border. He studied polish philology in the ‘Maria Curie-Skłodowska’ university in Lublin, and in 1990 he started writing a dissertation on ‘The literary life in Lvov during the 17th century’ in the catholic university in Lublin. In the same year his debuted poetry collection ‘Nenia and other poetry’ came out and from that date until today he remains connected to poetry. He is the author of 16 poetic books. Translations of his poetry are published in Slovenia, Austria, the USA, Ukraine, Italy and in Bulgaria. His poetry collections ‘History of the polish families’ (2005) and ‘Norvid’s lover’ (2014), were awarded literary prizes. He will most likely continue walking his poetic path, although he has been asked to write his biography. For many years he works on ‘History of the Polish poetry during the 19-20th century’ which he will most likely never finish. But he likes to move on the edges and on the peripheries. Maybe because of the fact that until his 15th anniversary he spoke a language which was a mixture of Polish and Ukrainian languages. 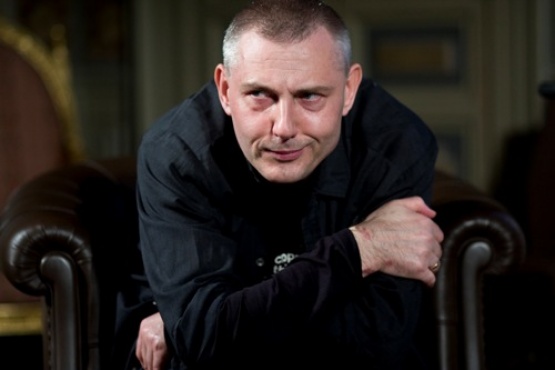 Presentation of the book “For Poland with Love. Bulgarian Voices of Polish Literature”. The author Emil Basat presents interviews with 19 translators of Polish literature into Bulgarian language and literary studies specialists in a discussion with prof. Margreta Grigorova.

This book is the result of nostalgia and sadness – sadness in a beautiful and meaningful time of friendship and sadness on people who have gone without time – Boyan and Julia Obretenovich, Velichko Todorov and Galya Belinska, thanks to which I entered the world of Poland. This is also a book of my late recognition to those translation workers who have translated the Polish word over the years, as well as to the researchers of the Bulgarian-Polish cultural ties. The faces of Bulgarian polonists are numerous and different, among them are comparatists, linguists, synchronous and consecutive translators, film translators, scientists combining their interests with the translation of fiction and poetry – all united by a common love for Poland. I’m going through their voices and thinking to become empathetic, dear readers, to what my heroes call “breath of air,” “a sense of freedom,” a “moral example.” (Emil Basat)

Emil Basat is a literary journalist and translator. Born April 26, 1949 in Sofia. Has graduated Bulgarian Philology at the Sofia University “St. Kliment Ohridski”. For 40 years he has been doing surveys on Bulgarian translators. He is the author of 6 books – “Czech Triptych” (co-authored by Velichko Todorov), “Translation – faces and masks” – first and second parts, the third part awaits its publisher, “Bulgarian-Hungarian doubles”, “Slovak Faces of Bulgarian Literature “(electronic version) and” For Poland with Love “. He is the winner of the Union of Bulgarian Writers Award and the Panegyric Foundation for his overall contribution to the popularization of the translation business in Bulgaria. He is Head of the UBW Department of Translation Theory, History and Criticism. 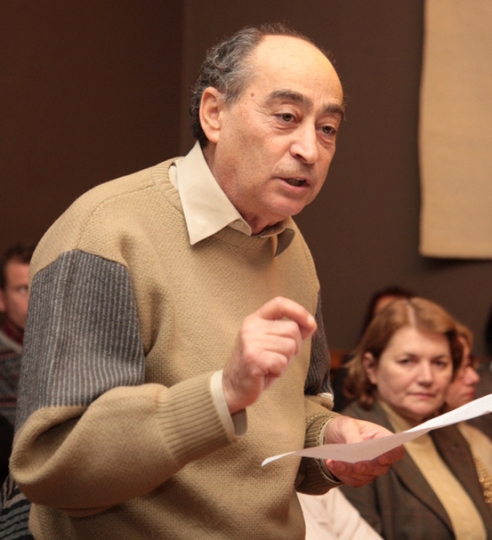 Two incredibly beautiful books came out these days in Elias Canetti publishing house Ruse – “Write me, my wonderful, soon” by H.C. Artmann and the novel “Gebürtig” by Robert Schindel. In 1960 H.C. Artmann has written longing letters, to these he added analogously dated love poems, but also encouraging, funny postcards, addressed to the young, aspiring Carinthian actress Didi Macher in Klagenfurt, that stayed there because she had to cure a long illness and the poet regularly visited there.
Special mention deserves the exclusive polygraphic elaboration of the envelope of Neyko Genchev. Congratulations also for the wonderful, truly affectionate translation of this tender book to the translator Anna Dimova.

The novel “Gebürtig” first appeared in Austria in 1992 and the great interest in 2001 led to a film adaptation, directed by Robert Schindel and Lukas Stepanik. The film also stars Samuel Fintzi.

“German Poets of the Present”

The opinion is widespread that Germany is “the land of poets and thinkers”. This winged phrase seems justified, because German poetry – from its beginnings to the present day – has always been inspired by thinkers, by ideas from German philosophy and aesthetics. And German thinking, like poetry, is always focused on the depths and secrets of the universe and the human mind in order to draw a lasting light, “more light!” in Goethe’s last words, out of the darkness of existence.
Wenceslas Konstantinov, preface 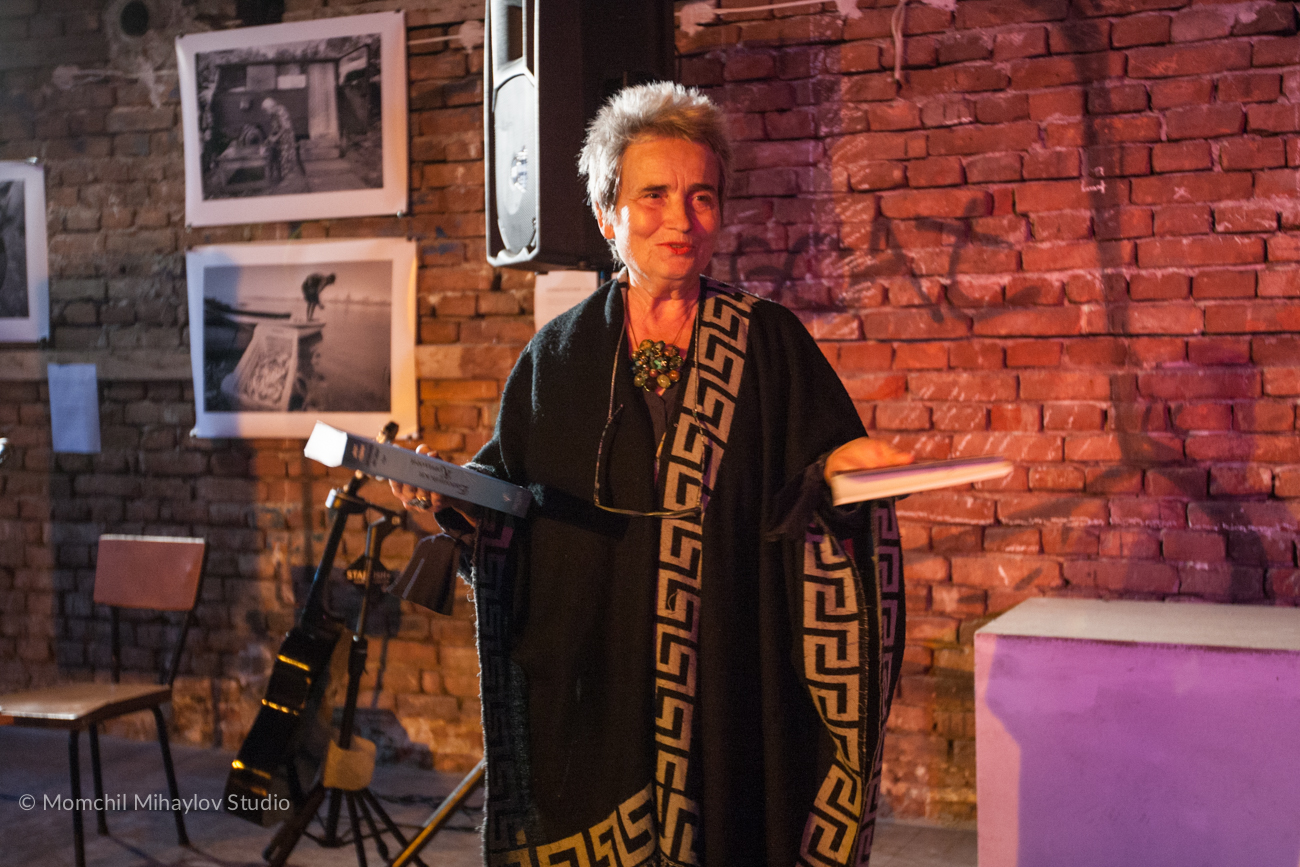