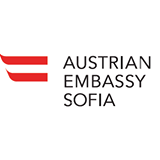 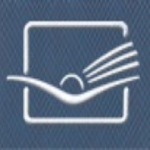 Memories from the beginning, a walk in time, a speech by Elias Canetti at the Nobel Prize for Literature, read by Andrea Vike, Ambassador of the Republic of Austria to Bulgaria.
An anniversary that rightfully takes up two whole days of the festival. Postponed twice this year, the Austrian Library in Ruse still celebrates its anniversary. Of course, all anti-epidemic measures were ensured.

It all started on May 20 in 2005 with the signing of an agreement between the Federal Ministry for Europe, Integration and Foreign Affairs of the Republic of Austria, represented by the Ambassador of the Republic of Austria in Sofia, Regional Governor – Ruse, Municipality – Ruse, Angel Kanchev University of Ruse and the International Elias Canetti Society .
15 years later, the library’s book fund consists of over 5,200 volumes plus electronic literature. The focus is on Austrian literature (including works by and about Elias Canetti), history, culture, art and literary criticism of Austria, history of Europe and the world, as well as European integration and Balkan studies.

There are thousands of events and meetings for which the Austrian Library in Ruse was the stage. And while that is a statistic, the founders’ memories are much more colorful – both serious and amusing at the same time. This is the reason why the IECS gathered them on October 14 in the most appropriate framework – the International Literature Festival Ruse.